TREASURES FROM OUR TRADITION
In ancient Rome, the beautiful month of May was dedicated to the goddess Flora, the patroness of flowers and new life. May 1 was considered the beginning of abundant growth, and a day for public festivals aimed at expelling winter. Even after Christianity took hold, the customs of the pagan feast lingered behind. Long ago, there was a thirty-day devotion to Mary, sometimes called “Lady Month,” which began on August 15. By the eighteenth century, the custom of assigning devotions to months of the year was developing. June, for example, was the month of the Sacred Heart, and October was for the Holy Rosary. Beginning with the Jesuit Order in Rome, and spreading throughout the world, May has been celebrated as the month of Mary, the Blessed Mother, for more than two hundred years. That was a welcome remedy to some enduring pagan practices, such as maypole dancing and the crowning of the May Queen. Some historians say that in ancient times the May Queen was actually a human sacrifice. Devoting May to Mary is undoubtedly a better thing to do.
—Rev. James Field, Copyright © J. S. Paluch Co.

We have a number of activities planned during the month of May to aid in your devotion to our Blessed Mother.

Honor the special women in your lives with our 'Mother’s Day Candle Remembrance.' The candles will burn from Saturday, May 7th through Sunday, May 15th. Flyers available in the church and the rectory office.
Download Form

We love to celebrate our Blessed Mother and our earthly mothers, too. Consider submitting a picture of the special woman God has given you as a mother. Pictures will be displayed on on the front page of the website and on our digital signs at the church. By clicking the button below, you'll be taken to dropbox, where you can select and upload pictures from your phone or computer.
Submit a picture here

Come and pray the Holy Rosary with us! We invite everyone to join us as we pray a Family Rosary together after all Masses on Sunday, May 28-29. Each family will be given a rosary to take home with them. All rosaries will be blessed before prayer begins. Come join us as we pray this very special and wonderful devotion.

The statue of Mary in the Rectory will be available during the month of May for you to pray with at home. You can take the statue home for a week by calling the Rectory office to make a reservation. The loan runs from Sunday morning through the following Saturday afternoon. 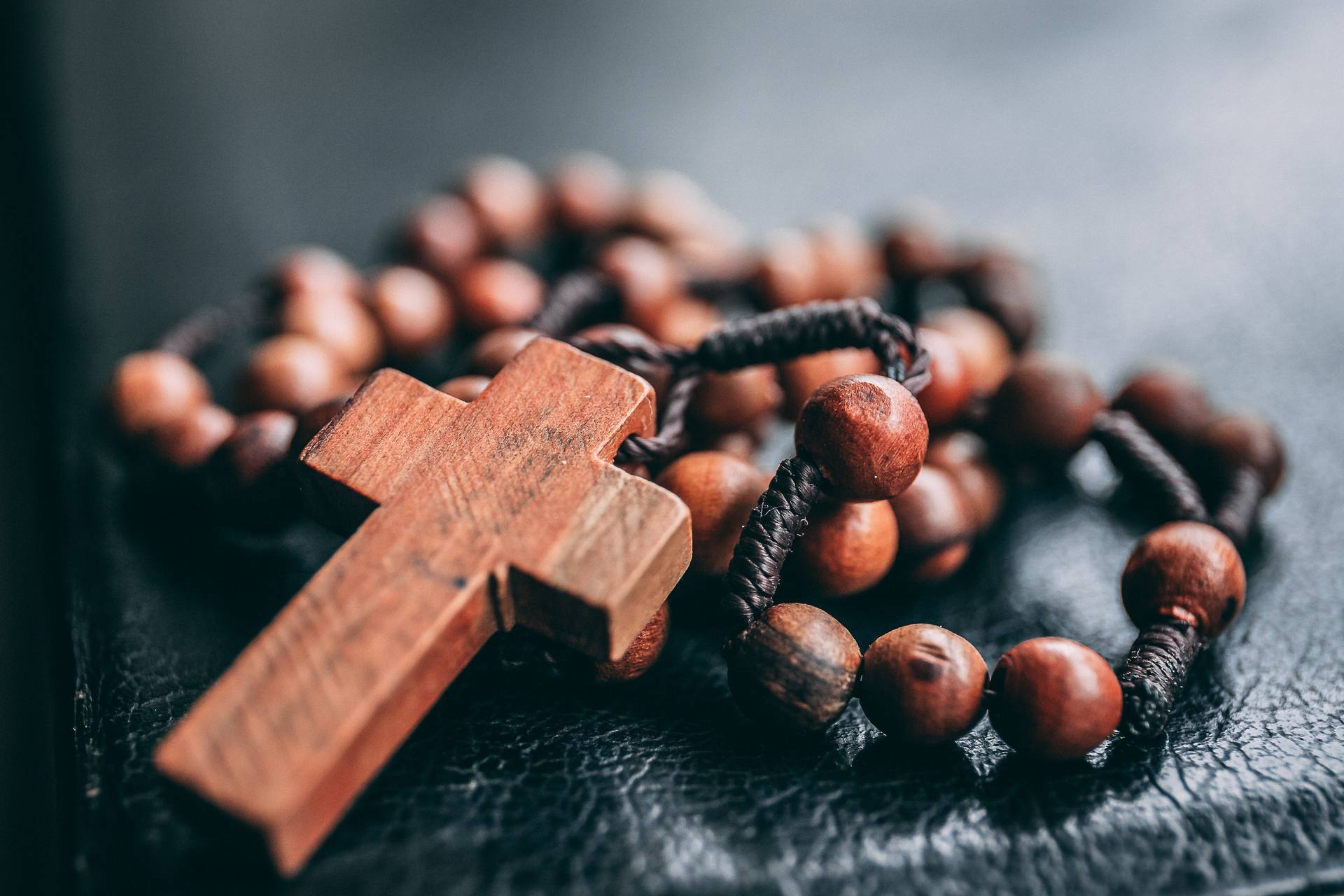 Visual Guide to the Rosary